California Conservation Corps San Diego Center partnering with the City of San Diego and the Balboa Park Conservancy -26th Street Trail Improvement in San Diego County. This project will increase access and safety for pedestrians traveling through Balboa Park by restoring, widening and fencing a half mile section of the well-traveled Golden Hill Trail along 26th Street.

In collaboration with the City of San Diego Parks and Recreation and the Balboa Park Conservancy, California Conservation Corps San Diego corps-members will transform this section of heavily used trail to create safer and more accessible routes through the park, which features museums, science centers, theaters and the San Diego Zoo. The 26th Street Trail Improvement Project will construct a 0.5-mile, multi-use trail of decomposed granite, including the installation of rock stairs, foot bridges, water facilities, fencing, and landscaping to connect with the existing trails in Balboa Park.

These improvements are a component of the Balboa Park Master Plan to increase the proportion of non-motorized trips and to create a more pedestrian-oriented environment. California Conservation Corps San Diego Center has an average enrollment of 95 corps-members, many of whom will participate in the completion of this active transportation project.

The project is slated for completion by the end of Summer 2022. 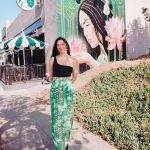 Previous:
New Mural at Kingfisher to be Unveiled on 6/18 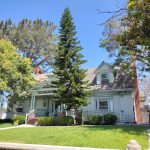