This article was originally published in the San Diego Reader on June 21, 2018, and was written by Dave Rice.

The historic mansion at 2440 C Street in Golden Hill was not built to cater to San Diego’s latest crop of nouveau riche.

Remote-controlled, gated driveways? Nope, but a custom wrought iron gate still leads from the city sidewalk to a formal entry foyer, and the alley-accessible detached garage and workshop still houses the original stables.

The kitchen, while updated with modern appliances and fixtures, may not have an adjacent temperature-controlled wine room to showcase your collection. But there is a wood-lined butler’s pantry, designed for a time when it would have been attended by an actual butler.

Originally completed in 1907, the C Street estate was designed by city-designated master builders and architects Charles and Edward Quayle — the brothers’ other work included several buildings for Balboa Park’s Panama-California Exposition, downtown’s old police headquarters, and the original San Diego Stadium, which at the time was only the second concrete stadium west of the Mississippi.

With its five bedrooms, two baths, and just over 3000 square feet of living area, the space might seem pedestrian today in a market where the average new home tops 2400 square feet. But compared to its contemporaries, this estate is three or four times the size of a turn-of-the-last-century middle class bungalow.

Period-specific details include “beautiful craftsman woodwork” throughout the home, including paneled walls, crown moulding, and built-in bookcases, china cabinets, and buffet in the formal dining room. The bath features a claw-foot tub, and the 111-year-old original hardwood floors have been restored to their original gleaming condition.

While bereft of modern ostentations such as a private movie theater or dance club, the home offers a parlor for entertaining, an upstairs sun room that, along with the two open balconies, offers views of the downtown skyline, and a finished basement that adds another 500 square feet of space not included in official citations.

Modernization has been undertaken with an eye toward preserving the home’s character: a certified lighting consultant was brought in to refinish many of the original fixtures. Fresh electric and cable wiring was installed, along with a modern climate control system, before the original plaster was refinished and repainted. The original fireplace was upgraded to meet modern code, as was the roof, all under the direction of a historical-preservation architect.

The one-third acre lot is billed as “triple-sized” as compared to neighborhood standards, offering “panoramic views and ocean breezes” to complement “lovely lawns and gardens that wrap around the house on all sides” and the covered front patio.

The home’s central location, just a few blocks south of Balboa Park and a mile east of the heart of downtown, makes for a “vibrant neighborhood” that is “centrally located and close to all” within “walking distance to wonderful local shops, cafes, and restaurants.”

Public records indicate current ownership of the C Street residence lies with Dianne Hamilton and Kathleen Mayne — little information is easily accessible on Hamilton, while Mayne is listed as the owner of a business based out of the home. The home was last reported sold for $693,500 in 2001.

One thing future owners will appreciate about the home’s historic appeal is an opportunity to avoid property taxes. Thanks to an official designation via the state’s Mills Act, the home’s current tax base of $289,470 is less than half of its most recent sale price. Under the act, historic properties are assessed by considering their rental value rather than comparable sales, resulting in a much lower property tax assessment. It’s intended to encourage owners of historic properties to preserve them in period-specific condition. As long as a new owner maintains the property’s historic integrity, he or she will also be able to benefit from the designation. 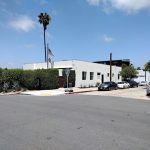 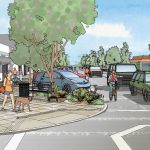 Next:
From the Archives – Golden Hill “Renaissance Project” Begins