Development in Golden Hill remained at a standstill until Southern California experienced a period of unprecedented economic growth in the late 1880s. Upon the completion of the highly anticipated California Southern Railroad in 1885, San Diego was connected to the transcontinental Santa Fe line at its hub in Barstow. This subsequently touched off the “Great Boom” between the years 1885 and 1887, wherein San Diego experienced a population increase unparalleled in its history. The events of the late 1880s brought about a renaissance to many of the subdivisions within Golden Hill, as real estate speculation once again became a lucrative enterprise.

In 1887, local developers Daniel Schuyler and Erastus Bartlett spearheaded a campaign to officially name the neighborhood east of downtown “Golden Hill,” due to the manner in which the sun glinted across the hill at dusk. Schuyler wrote a poem in celebration and published it in the March 1887 Edition of Golden Era Magazine.

Upon the collapse of the Great Boom in 1888, development had not yet linked Golden Hill with the rest of the City, and consequently the community retained a quasi-rural character. Though property sales had abounded between the years 1885 and 1887, the majority of real estate activity was speculative and involved the sale of vacant parcels, most often at inflated rates. However, a handful of settlers had erected modest residences within Golden Hill, primarily along its western slope on lots near Downtown.

Despite the collapse of the Great Boom, the events of the 1880s had left San Diego with an element of population and wealth. In 1895, a group of investors purchased forty acres within Golden Hill, bounded by 24th, 25th, “A” and “E” streets, and thereafter filed a subdivision map for the Golden Hill Addition. In subsequent years, Golden Hill was transformed into an established residential district.

Beginning in 1895, many of San Diego’s most prominent citizens, including doctors, lawyers, businessmen and politicians, purchased lots and constructed homes within Golden Hill Addition. The majority of the early homes in Golden Hill were styled in accordance with Victorian principles. These homes embodied many of the character-defining features of Victorian residential architecture, including irregular floor plans; wrap-around porches; steeply pitched, gabled roofs; and richly embellished façades. Along with the Victorian style, homes constructed in Golden Hill near the turn of the twentieth century were also designed in the Classical Revival style.

Socially, Golden Hill continued to appeal primarily to the wealthy and prominent. However, Golden Hill was not exclusively the domain of the civic elite. It appealed to middle class merchants and professionals as well. Indeed, wealth and social status were concentrated atop the crest of the hill, but the middle class constructed more modest Victorian homes along the planning area’s western slope. By 1906, there had been a marked amount of residential development between 19th and 24th Streets. While this development consisted mostly of single-family homes, several small apartment flats had been constructed, including a structure on the northwest corner of 24th and “E” Streets, another structure at 1044/46 21st Street, and a building at 1028/1030 22nd Street.

Around 1900, a group of Golden Hill residents spearheaded a grassroots effort to beautify the southeastern corner of the undeveloped City Park, near the intersection of 25th and “A” Streets. For many years this area, which was later christened Golden Hill Park, was lauded as the City’s greenest and best maintained public space, replete with grass and trees, pathways and tennis courts. To better serve the recreational needs of the growing community, residents also financed the construction of a golf course, an aviary, a bandstand for weekend concerts and San Diego’s first park playground.

During the end of the 19th century and beginning of the 20th century, Golden Hill became a residential neighborhood, catering primarily to the City’s elite. Marketed by investors as a prime location to live, Golden Hill became the first residential district outside of downtown San Diego; therefore, property types that remain from this period are primarily residential. Single family homes were the most prevalent and ranged from large Victorian mansions to small, modest bungalows. Multifamily housing in the form of flats were also constructed, but there were only a handful built before 1906.

A property may be significant under this theme for its association with important trends and patterns of development in Golden Hill during the period 1885-1905, including the economic and building boom of the 1880s; development of the first subdivisions; or association with important early settlers. A property may also be significant as a good or rare example of a popular architectural style from the period, such as Folk Victorian, Craftsman, Spanish Eclectic, or Mission Revival. 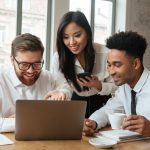 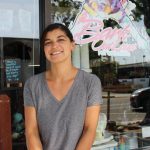 Next:
Someone You Should Know: Lisa Vargas, owner of Bark Out Loud