In the beginning just sagebrush, oaks, coyotes and rabbits inhabited the place. The 1,400 acres that Alonzo Horton proposed for park land in 1868 seemed outrageously large for a new town comprised of a few buildings down on Fifth Street. For twenty years the “park” stood in its natural state with no funding for improvements. Occasionally, proposals were made to sell off portions, but the intentions of the originators prevailed.

In the late 1880s, horticulturist Kate Sessions began landscaping the strip of land along Sixth Street with $500 raised by a local women’s organization. This prompted other neighborhoods on the fringe of City Park to take responsibility for improving the parkland close to their homes. Matt Heller, resident of Golden Hill, spearheaded changes in this most southeastern corner of the park. The year was 1890 and he along with a neighbor, Leroy Wright, planted and maintained a small stretch of the park.

George Marston later remarked, “This was the choicest part of the whole 1,400 acres and the Golden Hill neighborhood was entitled to great praise for their civic spirit and for their skill and good taste in making a lovely public garden adjoining their homes.” Unfortunately, during the 1890s a seven-year drought temporarily spoiled the hard work spent on planting and maintaining Golden Hill Park.

In 1902, a comprehensive park plan was proposed under the direction of Samuel Parsons, a landscape specialist, who had designed hundreds of parks on the East coast. His first impression of San Diego was one of admiration because the park had been allowed to maintain its natural beauty.

Groups such as the Golden Hill Improvement Club met in local homes with the intent to assist in the design of their park. Then, as now, the residents demanded to review the proposed plan. Upgrading and expansion of the neighborhood occurred simultaneously. When E.W. Bartlett began his subdivision of South Park in 1906, the time was right for public monuments. Golden Hill Park boasted having San Diego’s first nine-hole golf course, with a dirt fairway and oiled “green.” Residents of that era recalled tennis courts, bird aviaries and even a fountain.

A remnant of time gone by, that still stands, is the stone fountain erected in 1907 and designed by architect Henry Lord Gay. Before coming to San Diego, Henry drew award-winning designs for commercial buildings, churches and residences, and won acclaim in Europe at a time when Americans were rarely considered serious architects. He advised the city of Chicago as they rebuilt their city after the famous catastrophic fire allegedly started by a cow kicking over a lantern. Many expensive buildings and elegant homes in Michigan and Illinois were designed by him. In May 1865, Gay had been part of the team of architects responsible for designing the catafalque that displayed the assassinated President Lincoln’s body as it lay in state at Chicago after touring the northeastern part of the country by train.

In 1904 he came to San Diego to visit his sister and brother in law. The place delighted him so much that he stayed and contributed such buildings as the Garrick Theater, University Heights School, Southwest Packing Company Building, and Gassen Pauly Building along with many hotels and residences.

In June 1907, Park Commissioner (and Golden Hill resident) L.A. Wright and landscape architect George Cooke selected the site for the fountain. The active Golden Hill citizens contributed $75 toward the erection of the fountain, which was matched by monies from the park commission. The following month Mr. Wright and architect Gay proposed “a spring at the head of the first canyon upon the west of the entrance of the park” and determined that it would be “made to resemble the old-fashioned spring, so dear to the hearts of most people, into and out of which the water will flow all the time, running over cascades and shaded by ferns and shrubbery.”

In November construction on the fountain began. The initial idea to have a large shell in the background was abandoned. By March 1908, the San Diego Union reported the completion of a “pretty fountain for Golden Hill.” It was constructed of irregular pieces of rock, which, without preparation, were cemented together in a semi-circular pattern about four feet in diameter. The fountain proper is located within a small rock “room” with seats mounted against the walls. Two rock stairways descend into the fountain area, and stairs of cobblestone lead away from the fountain and into the canyon below.

The fountain was a great drawing spot in the early years. Photographs in the San Diego Historical Society archives show the grounds well-kept and families posing in front of the structure. Old timers remember a gazebo nearby where bands would play. There are probably dusty old family albums with photographs that were staged here and no one recognizes this great little architectural piece where the pictures were taken. (“Oh, you mean the fire pit,” everyone says.) In any case, the fountain is just one example of a community’s united effort to beautify their corner of the park, and is also an important contribution by a well known architect. 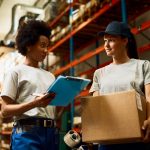 Previous:
Microbusinesses Get More Time to Apply for $2,500 County Grants 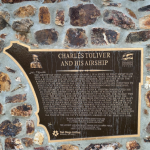 Next:
Charles Toliver and his Airship Exploits in Golden Hill